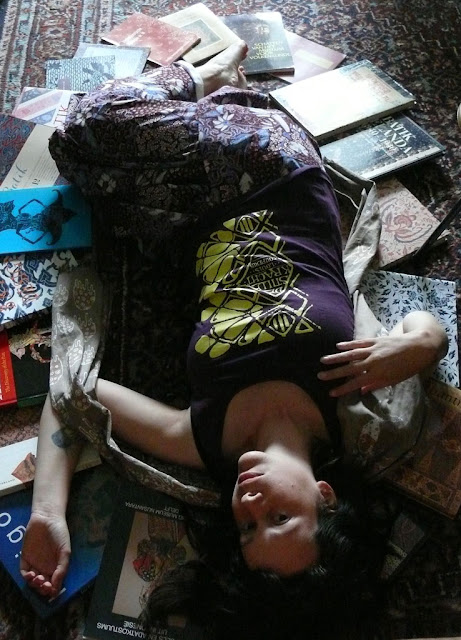 Time for a little update from behind the scenes. I'm writing a lot actually, but not for this blog. I'm writing for two other pages and I hope I can share more about it soon...! I made this Batik Statement inspired by last few weeks. I love diving in my books and I had to show off my new shirt I got from Koen: A 'Stille Kracht' shirt! How cool! Spotted a lady in this shirt during an event at the Rijksmuseum. I saw her outside waiting for the tram and complimented her on her so-cool-shirt. She said: "I found it online". We had such a nice talk in the tram about educating yourself on history, especially on colonial history.
Next to writing and reading, I visited a ton of great events and exhibitions already. It is Leiden Asia Year, ModeMuze is organising great talks and the whole Museum World decided to focus on colonial history this year; Rijksmuseum, Nationaal Archief, Museum voor Volkenkunde, Fries Museum, Maritiem Museum Rotterdam and more coming. So every opportunity I have, I try to go to openings, events, lectures, talks and exhibitions. I learned so much in short time about our colonial history already and I'm very thankful this information is now (partly) available for the public! 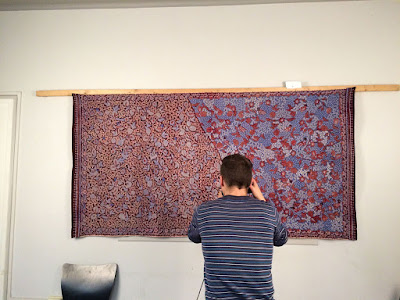 Marco photographing one of the Batiks


I'm working on my 'journey to Batik'. Last year when I returned from Java I had to focus on my friends and family. Now I'm getting back on track getting everything I made into shape. The shape of a book and film(s).
Marco Maas, a friend photographer, helped me to get 30 Batiks documented for the book. During this year I hope to finish my book about the Batiks I gathered during my two journey on Java, about the makers including articles by other Batik lovers. 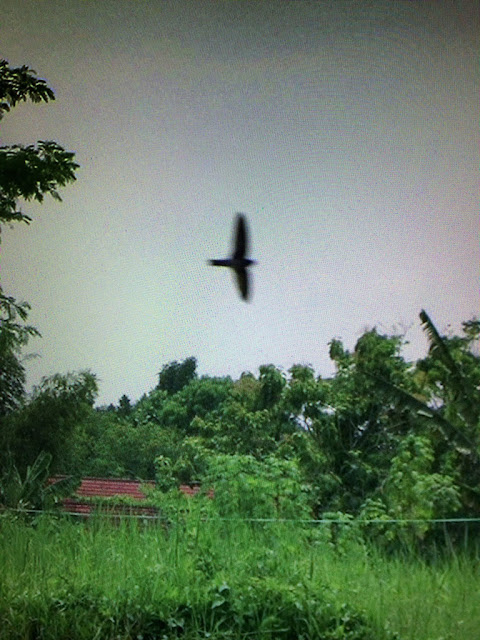 Still from 'The journey to Batik'

During my last journey I filmed. I'm editing the first film with a leading role for Tari Batik, the Batik Dance, capturing how creativity comes to life through the hands of Batik makers.
Hope to find a nice spot to screen the film! And if you are interested in the film or know a good location to screen, please let me know!

This Friday 21 of April my blog is 8 years old, so lets celebrate! It is also Kartini day and Batik Friday, so share those 'Batik Statements' online with me! Use #BatikStatement and /or #8yearsTJTB. Thanks!

When you need to prepare, but you watch too many queens 👑 This Batik Statement is for you @denny_satuatap, thanks for the Batik motif cleansing strips 👃#batikstatement #parang #parangmotif #batikcap #biorestrips #queens #canyouwatchtoomuchdrag #bluelips #needtogetbacktowork
A post shared by Sabine Bolk (@sabinebolk) on Jan 25, 2017 at 4:01am PST


With this blogpost I'm starting a new series of 'statements' in which I try to explain the meaning of a pattern or motif. During my journey on Java last year, I noticed that every dot or line on a Batik has a name. Sometimes the Batik as a whole represents something, but also every individual detail has its own name and meaning. To learn a little more about Batiks and their story I thought it would be nice to capture their meaning in 'Batik Statements'.

We start with 'Parang'. There are different 'Parang' motifs but they look very similar. It is a repeating pattern, traditionally in brown, black (blue) on white, that goes diagonal over the cloth. The white forms a wavy line framed by dots and separated by diamond shapes in between.
The name 'Parang' comes from a type of machete or knife. The white waves on the cloth are build up by S shapes. A 'Parang' knife is shaped in the same way.
The special thing about 'Parang' is that this pattern was a long time exclusive for royality. For instance, the Parang Rusak (‘broken knife’) motif could only be wornu by those in the Yogyakarta Kraton (the Court), the royal family. Today 'Parang' is probably the most famous Batik motif from Indonesia and a very popular one. My dear friend Denny Antyo is a big fan of 'Parang'. It is actually the only motif he wears. He gave me a funny gift which inspired me to make this statement: Parang motif cleansing nose strips! The other inspiration came from the online queens I follow. Not royalty, but the lovely ladies doing drag. So by honouring these queens I unintentionally made the first 'statement' that explains a motif!


"Sometimes I wish I was a fashion blogger, instead of a...is there a title for a Batik loving, history digging, art making Blogger? It took me quite a lot of time making these pictures and I think I'll stick to my kind of blogging, but I really liked making this post!"
-14 April 2012


Five years ago on this day, I posted my first 'Batik Statements'. The photos I made were a tribute to fashionbloggers, but were also a kind of joke. I made the photos in and around the house, trying to get the bloggerfeel of pretending to be a model in a homely setting.

I had no idea people would like it so much. I got a lot of feedback, which after my first journey to Java hardly happend. I started asking people to share their 'Batik Statements'. I called them that, because I wanted people to make a statement of wearing Batik. I started receiving 'statements' by email and through Facebook. In 2012 I not only made my first 'Batik Statements', I made also new ones for the Batik Day, Hari Batik, contest on 2 October 2012. Later that year I held a 'Batik Statement PhotoShoot' at animal park Taman Indonesia.

Now five years later, I can't believe all the things that followed. I received dozens of 'statements', I made two fashion shows, gave presentations, made live 'statements' and even online tutorials. And last year I actually went as a blogger to the Jakarta FashionWeek 2017!!


To celebrate this 5th anniversary I'm actually making a little booklet! In the booklet will be all my 'Batik Statements' from 2012 - 2016. It will be limited edition!!
Pre-order your copy at sabine{at}sabinebolk.nl and you will receive first option to buy it!