The Gods Walk on Rice in Selat, Bali 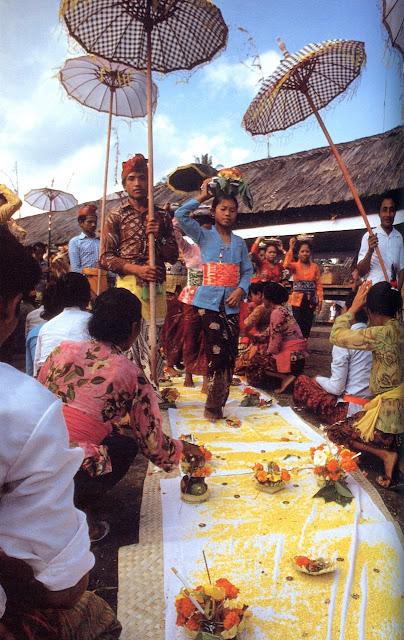 When I find the time & peace to read, I take my rice-bible and flip through it and read bits & pieces in it. I'm looking for inspiration, but even more conformation. My ricecarpets get a different response in the Netherlands then they did in Indonesia. Here they always refer to the fact that it is food and that it is a pity to use it like that, although they like to look at it (and touch it!) . For me I see it as a material, a beautiful, colourful material and the fact that it is also food comes on the second place. It makes it a stronger piece of Art because it rice and therefore temporary, but it still makes itl difficult sometimes to fight the contradiction.

For me it feels really logical to use rice and at first I used it as a work that had to be eaten by birds. But with the Dance in a ricecarpet, the rice is no longer food. It became so much more, it added richness, made layers, gives it depth, sound, movement...
When I found the book The Art of Rice I was overwhelmed. The book is devoted to rice, but not as food, but as part of rituals, as Folk-Art and other parts of culture. It is shown as a subject, but mostly as a material; the rice grain, rice dough, grain, the plant. 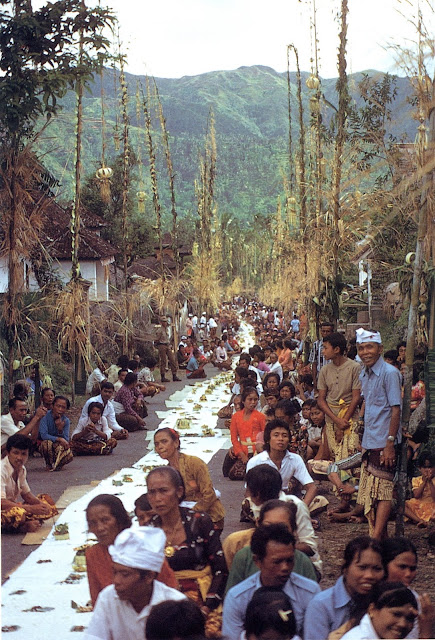 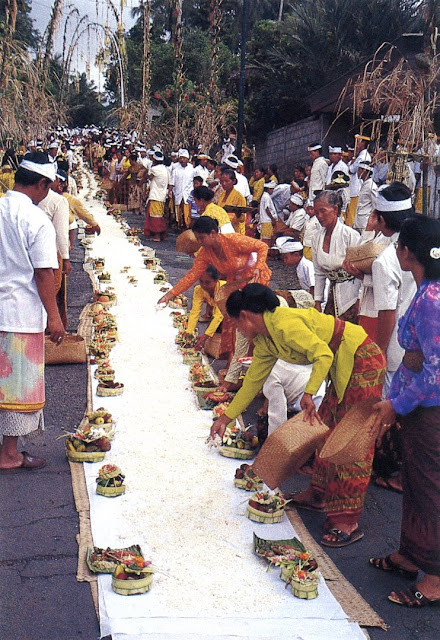 On Friday 15th of April I'm invited to show the Dance in a ricecarpet one more time. When I came across the images, posted here, I knew I was on the right track. I know it is not the same, but I know we will create a rare moment in time, the audience will experience something new and special.

The images in this posts from the book The Art of Rice are taking during the rice festival in Selat, Bali. During a procession, The Gods Walk on Rice, offers are carried across a pathway made with (un)cooked, yellow or white rice. It stretched up to 350 meters. The book published in 2003 mentions the last procession was held in 1998. The 'festival' is held when year ends with an 0 according to the Saka. In 1998 the Saka year was 1920.
I really would like to see this in real life, but I asked many people, but no one hear of it...If you know more about this rice festival and when & where The Gods Walk of Rice takes place, let me know! 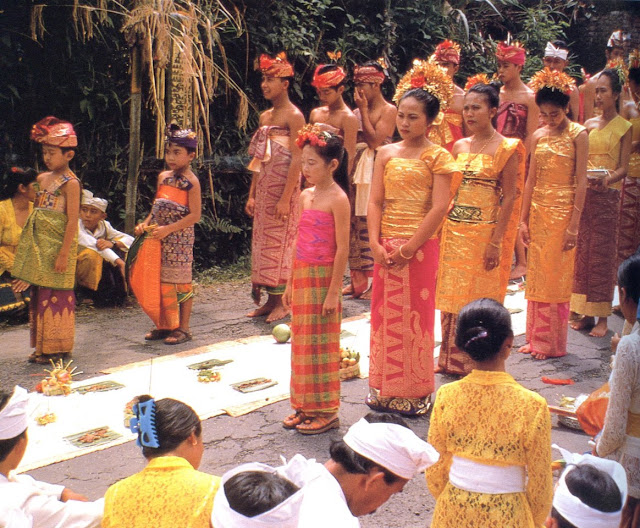 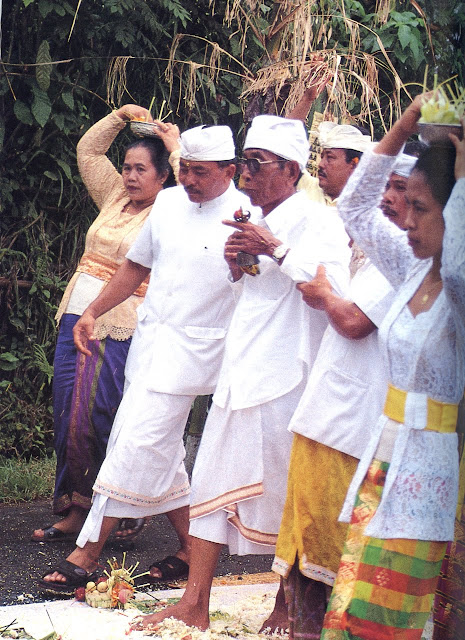 *All photos are from the book "The Art of Rice", my so called rice-bible
**In 2009 I found another inspiring image involving rice, read more in RiceFish from Borneo 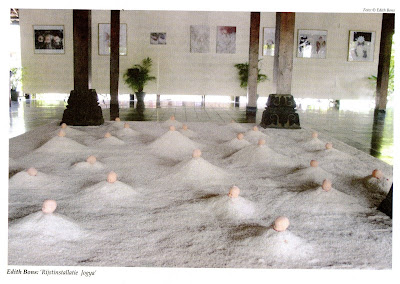 Many artists use paint or clay, for me the material of choice is rice. And I'm not the only one. Three articles I found about work inspired by or made of rice (click on the images to enlarge). Enjoy! 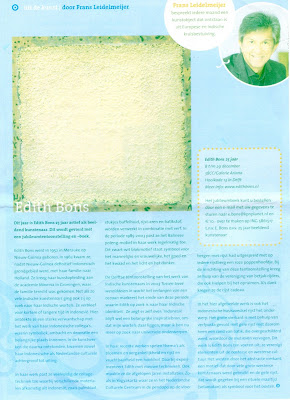 Article by Frans Leidelmeijer. Each month he reviews an artwork that was influenced by European and Indonesian culture in the Moesson

Edith Bons is an interesting Dutch artist who was born in Indonesia. Her work is an combination of installations, paintings and collages. The articles are in Dutch, but in short there about what inspires her to make her work.
Her roots are in Indonesia, and it has a great influence on her work, but on the other hand her western upbringing has a great influence as well. She uses Batik motifs (Polengmotif, symbol of cosmic unity, used in Bali for holy cloths) and rice (she says: "rice is nutrient (both physically as spiritual(, transparent, has structure, and can transform into many shapes...It has a connection with the Javanese goddess for fertility: Dewi Sri..) 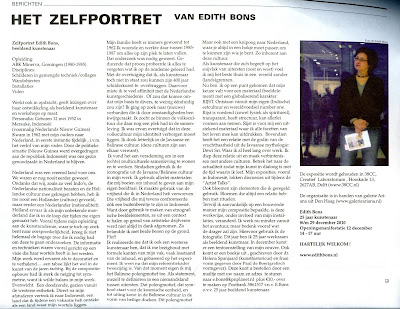 Article from the BKK Krant, December 2010

In the folder from the past exhibition in the Grafisch Atelier Den Bosch rice is used in a graphic technique called "blinddrukken". The rice is used as a stamp by Poula Versantvoort. Unfortunally her website is offline, so I only have this information.